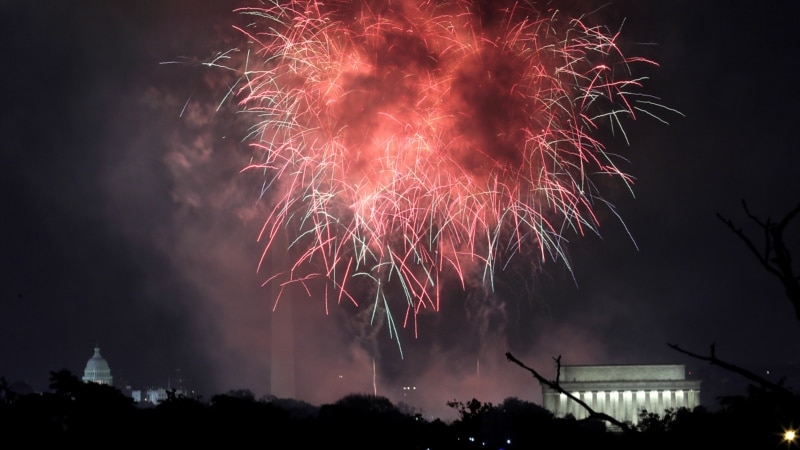 President Donald Trump’s planned July Fourth extravaganza on the National Mall sounds like it could become a giant Trump rally on the taxpayers’ dime, a Democratic senator cautioned Wednesday.

Udall expressed concern that Trump tweets heralding his planned appearance at an amped-up version of this year’s fireworks and festivities signaled the president planned to take a “nonpartisan celebration and turn it into a de facto political rally.”

Citing the specific statute prohibiting use of federal agencies for “publicity or propaganda activities,” Udall asked Bernhardt to guarantee that no taxpayer money “will be spent on activities that are partisan or serve purely to aggrandize this president.”

The president has made rallies with ardent, conservative Trump fans a staple of his presidency, regularly traveling to parts of the country where he enjoys strong support to spend hours talking to his cheering base.

Bernhardt, whose job includes oversight of the National Mall and other public lands nationwide, promised to watch every dollar spent.

“I think it’s fantastic that the president might take time to join folks” on the National Mall to celebrate Independence Day, Bernhardt said.

“It’s a celebration about America,” Bernhardt said. “Frankly, if any president were spending the Fourth of July celebrating America, I think we should be positive.”

The exchange was one of the first public discussions of the administration’s Fourth of July planning since Trump tweeted in February that he planned a special celebration featuring an address “by your favorite President, me!”

“HOLD THE DATE!” Trump tweeted then. “We will be having one of the biggest gatherings in the history of Washington, D.C., on July 4th. It will be called “A Salute To America” and will be held at the Lincoln Memorial. Major fireworks display, entertainment and an address by your favorite President, me!”

White House press secretary Sarah Sanders said last month at a mock briefing for children who were brought to work by their parents that Trump loves July Fourth. “He’s been working on planning a big celebration for our country for that day, with lots of fireworks and music and all kinds of great stuff. So I think that would pretty fun,” she said.

The administration has yet to announce any specifics for any changes in the ceremony, now just weeks away. Hundreds of thousands of visitors typically come to Washington for an annual fireworks show, traditional holiday parades and an evening concert on the Capitol’s West Lawn.

At the congressional hearing Wednesday, Bernhardt said the administration “can do it in a way that won’t conflict with the Capitol concert and things like that.”

READ  How Columbine Reshaped US Response to College Shootings

He also said some reconfiguring of the usual arrangements could allow more people to see fireworks from the Mall.

Udall warned Bernhardt to keep track of the financial costs of adding Trump and his plans to the annual Fourth of July plans.

“Just be careful,” Udall said, suggesting the Cabinet secretary consider his job security in the planning. “We want you to be here for a while,” he said.

Interior spokesman Alex Hinson said the agency had no further comment on the plans for now.