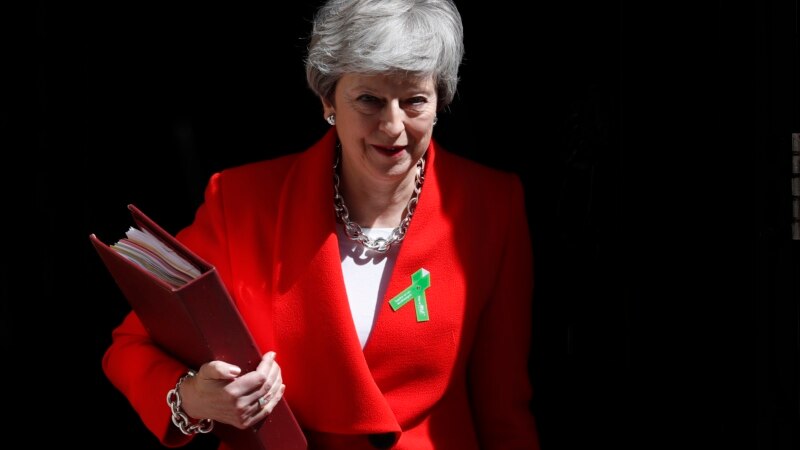 Prime Minister Theresa May will set out a timetable for her departure in early June after the latest attempt to get her Brexit deal approved by parliament, the chairman of her Conservative Party’s 1922 Committee said on Thursday.

May has promised to step down after her Brexit deal is approved by lawmakers but has come under increasing pressure from many in her party to set out clearly when she will quit in the event the agreement is rejected for a fourth time.

The government has said lawmakers will be able to debate and vote on the Withdrawal Agreement Bill, the legislation required to enact her deal, in the week starting June 3.

“The prime minister is determined to secure our departure from the European Union and is devoting her efforts to securing the second reading of the Withdrawal Agreement Bill in the week commencing 3rd June 2019 and the passage of that Bill and the consequent departure of the United Kingdom from the European Union by the summer,” 1922 Committee chair Graham Brady said in a statement following a meeting with May.

“We have agreed that she and I will meet following the second reading of the Bill to agree a timetable for the election of a new leader of the Conservative and Unionist Party.”

May survived a no-confidence vote in December and under current party rules cannot be challenged again for a year. Some on Brady’s committee had pushed for those rules to be changed in order to try and force her out earlier.

May’s Brexit deal has been rejected three times by parliament and weeks of talks with the opposition Labour Party, the idea of which were deeply unpopular with many Conservatives, have failed to find a consensus on the way forward.

Mired in Brexit deadlock and forced to delay Britain’s March 29 exit from the EU, May’s Conservatives suffered major losses in local elections this month and are trailing in opinion polls before May 23 European Parliament elections.

With Labour and Brexit-supporting rebels in the Conservatives planning to vote against her deal, it is unlikely to be approved as things stand.

One Conservative lawmaker, who declined to be named, was unimpressed with May’s failure to set out a clear departure date.

“This is deeply disappointing. The prime minister should have made he position clear at today’s meeting. This is yet further procrastination which is causing appalling damage to the Conservative Party,” the lawmaker said.

“This is yet another example of a misplaced sense of duty.

Her duty in fact is to step aside as quickly as possible, so that a new leader can be in place this summer.”

Earlier, her former chief of staff Nick Timothy, wrote in the Daily Telegraph newspaper that it was “now beyond time for the prime minister to accept that the game is up. Her premiership has failed, and her authority is shot.”

“We need to end this national humiliation, deliver Brexit, and save the Tories (Conservatives). The prime minister, I am sorry to say, must do her duty and stand aside.”